a game by
Bunch of Witches
STORY
Two lost souls, broken and alone, find comfort and safety in one another.
The strength of their bond will be tested as they undertake a harrowing journey
across a strange and dangerous land.
The game is designed as an allegory for the trials and challenges of a new
relationship. The characters’ journey reflects the different stages of their
relationship, from the beauty and uncertainty of the Forest to the trying,
tumultuous Mountain Path, to the tricky and treacherous Ruined City, and finally
to the peaceful Shore.
GAMEPLAY
Cor Domus is a cooperative puzzle/action game for two players. The
game’s central mechanic plays into the theme of new relationships; when both
characters are close to one another, they regenerate health and share a life bar.
When the two characters are apart, however, their life bars are separated, and
their health slowly drains away. The idea is that the newly formed relationship has
yet to become self-sufficient, and both players have to continuously put in the
effort to maintain it even as obstacles and puzzles try to force them apart.
In future levels, this mechanic will be altered according to the characters’
relationship; in the Ruined City, after a major conflict between the two, the
mechanic is reversed. Players heal when they are apart, but lose health when
together, and have to work together to make it through the level while giving
each other the space to heal and work through their issues. During the final level,
The Shore, the players’ health bars become permanently fused, and they no
longer lose health when apart; they’ve worked through the conflict, come to an
understanding, and the change in the health bar signifies their relationship
becoming self-sustaining.
The puzzles are designed to force the players to strategize about how best
to maintain their health bar; the puzzles constantly force the players apart, and
the players must decide how best to ensure that both players are able to make it
through without allowing their health to decay completely.
Each character also has their own abilities; the First Player has access to a
melee attack, as well as a dash to avoid damage and cross short distances
quickly. The Second Player is more focused on utility, with a ranged attack and
the ability to place a temporary shield. Both players can grab marked blocks and
drag them around, and are able to sprint. 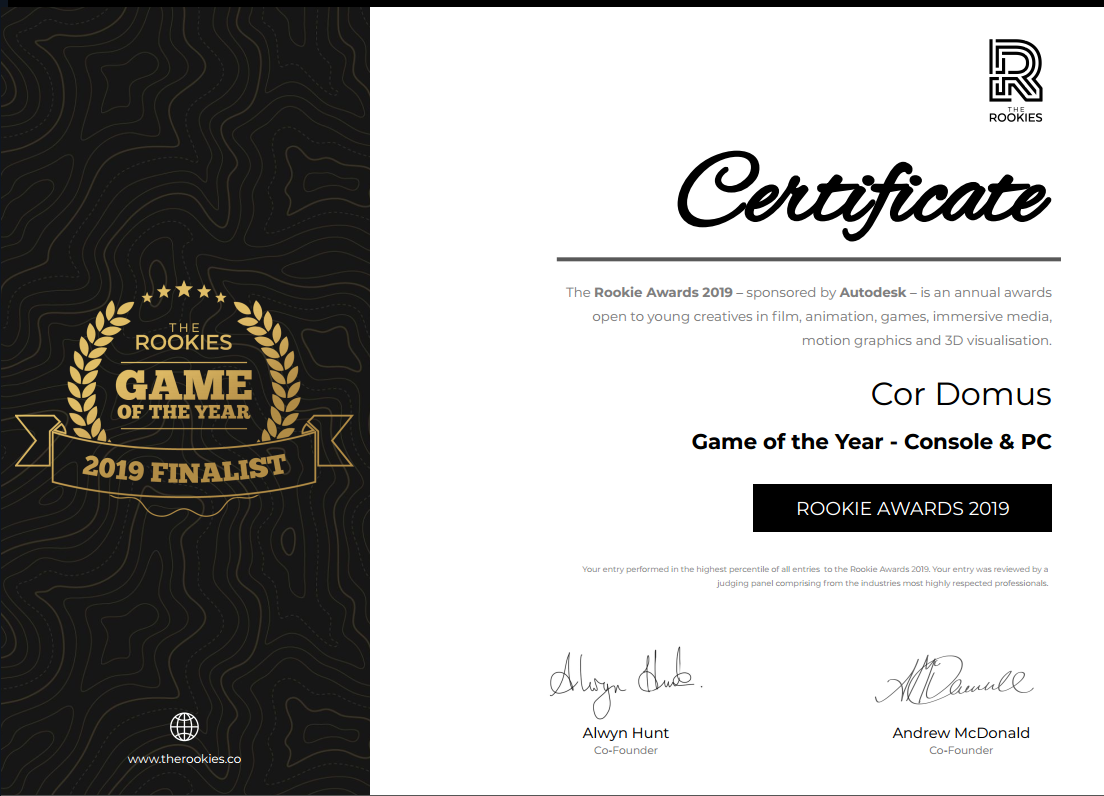 In the month since the Global Game Jam, we’ve almost completely reworked
Cor Domus from the ground up. We’ve altered our art direction to take
advantage of our longer development time, switching to a full 3D perspective and
changing the style of our environments and textures.
We’ve been able to expand on our simplistic puzzle design, keeping the
best three puzzles from the game jam and creating four brand new puzzles, as
well as creating a more interesting level layout.
We’ve expanded on the combat and puzzle interactions the player has.
Instead of two palette-swapped characters with identical movesets, we’ve
developed two unique characters, each with their own moves, allowing us to come
up with more interesting puzzle designs that take advantage of their abilities.
Our camera has undergone multiple rehauls in the weeks since Game Jam.
We spent a lot of time experimenting before we settled on our current dynamic
camera system, which has freed us from having to compromise on our
environment design and set dressing.
WHAT THE FUTURE HOLDS
The current build only contains the first complete level. Our original
concept for C or Domus features 4 full levels, plus a short playable prologue and
two playable interludes. Cor Domus is being developed as a senior class project,
and will be developed, at a minimum, for another 3 months. During this time, we
will be working towards a abridged version of our full concept, featuring another
full level as well as the prologue and a climactic “boss” puzzle at the top of the
Mountain Path. We will also be working on adding additional polish to the first
level, improving character mechanics, further developing narrative cutscenes,
working with a dedicated sound designer, and reworking many of our animations. 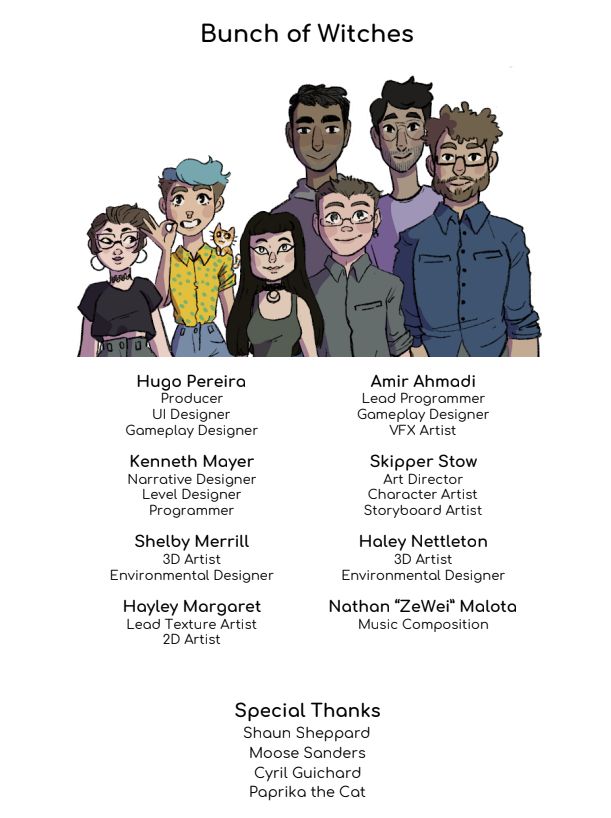